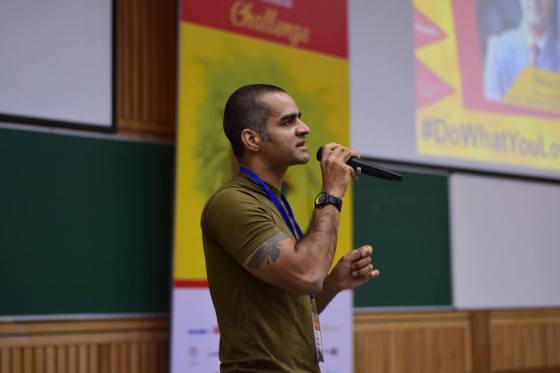 Darius Chinoy works as a Director with Japan External Trade Organisation (JETRO) , New Delhi and manages the ‘Invest Japan’ program and communications for Chief Director General and agency in India with the Government of India. Darius follows an alternate career in Directing/Screenwriting in English and Hindi. He has done a few TV commercials and Print Ads for Adidas, Eicher Trucks, Patanjali etc. He believes in staying healthy and has run a few half marathons over the past decade.

Darius is a Post Graduate in HR from XLRI Jamshedpur and does teach there occasionally as a visiting professor.

We got a chance to interact with him recently and he happily answered a few questions for us.

Here’s a snippet of our conversation:

Q1. You kind of lead a dual life as the Director with Japan External Trade Organisation (JETRO) and a Director/Screenwriter for short-films and TV Commercials. How have you managed to find a balance between these two highly contrasting roles?
Ans. It is a question I get asked a million times. Firstly, not everyone in this world is lucky enough to end up doing what they love. If everyone could do what they love, planet earth would be Utopia. I took up employment and slowly built a sound financial base to fund my desire to pursue my love for writing and later directing. This is an expensive passion and hence it did take time, but the delay, made me study the finer points and hone my skills through learning from others. We should never look at our basic jobs as imprisonment and try to find happiness in doing the simplest things.

Q2. You have run a few half marathons over the past decade. What is your mantra to stay fit and healthy?
Ans. My mantra is simple, prepare and learn like the soldiers of the Indian Army. The tougher challenges you give yourself the stronger you get in overcoming them and the victory is sweeter.

Q3. How has your experience been being associated with the #DoWhatYouLove Movement?
Ans. It’s always better to start early in life and realise ‘I will do what I love’ now rather than later. Today’s generation values experiential learning more than books and hence I personally stopped talking and believed in showing ‘Do what you love’ 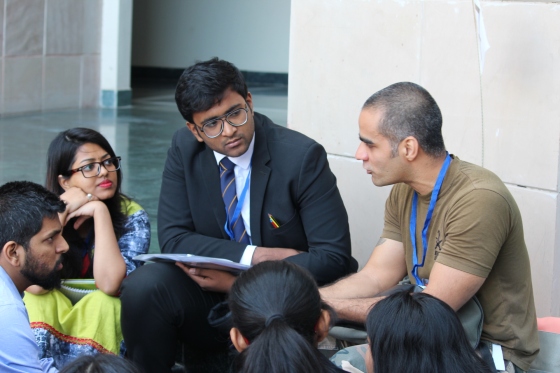 Q4.  What was your first thought when you heard about #DoWhatYouLove?
Ans. The Three Idiots is what came to my mind. What a wonderful film with such a strong message. That is why I just thought I should contribute in a small way whichever possible.

Q5. What inspires you to be a part of #DoWhatYouLove?
Ans. I learn from the youth as much as they can hope to learn from me. Many of them come with an illogical belief that ‘The sky is the limit’ and for all us who have reached a certain stage in life, harsh reality has killed that belief. Hence it may be wise for all the experienced ones to learn from the youth to recharge their batteries in self-belief.